The Problem of Menopause 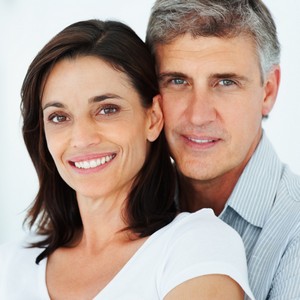 Given how menopause changes hormone levels, it should come as no surprise to learn that it can have a significant effect on the skin. For example, it makes the skin more susceptible to sunburn, which is particularly problematic because it also reduces the skin’s ability to repair its own tissues. Other common problems include but are not limited to increased sagging, increased wrinkling, and even oilier complexions as a result of increased sebum production. Fortunately, there are some simple and straightforward solutions to some of these problems, which should come as welcome news to those who are either undergoing or have undergone menopause.

How Can Botox Help?

One example is Botox®, which is a much more market-friendly name for botulinum toxin. Since it causes paralysis of the muscles, it has a number of medical uses, which range from reducing muscle spasms to bringing chronic migraines under control. Similarly, when Botox® is injected into facial muscles, it reduces the severity of sags and wrinkles by causing them to relax. Done right, this results in a more youthful complexion without actually reducing the patient’s ability to show emotions, which is an unfortunate side effect that has already become entrenched in the popular consciousness.

How Can Dermal Fillers Help?

Dermal fillers are another option that can be used to combat the signs of aging. Like their name suggests, they are injected beneath the surface of the skin to replace the soft tissues lost as a result of menopause. This can be used to fill in sags and wrinkles, plump out the cheeks, and even change the contours of the face for a more pleasing appearance. Better still, since dermal fillers are much more direct than Botox, they can produce better results with more deeply ingrained imperfections.

Since dermal fillers see use under such a wide range of circumstances, it stands to reason that they can consist of a wide range of materials. Generally speaking, these materials can be categorized as either organic, such as collagen, or inorganic, such as biosynthetic polymers. Organic materials produce better, more natural-seeming results, but have a serious problem in that they are gradually absorbed by the body. In contrast, inorganic materials are permanent but recognized by the immune system as foreign substances, meaning that patients run the risk of infection, inflammation, and other problems. However, it is important to note that new techniques and technologies are being introduced all the time, meaning that these problems are not necessarily here to stay. For example, a relatively recent technique called structural fat grafting is meant to make organic additions permanent by gradually layering fat so that blood vessels will have time to grow into them.

As always, those interested in learning more about these procedures should not hesitate to contact Metro-MediSpa for more information. After all, different procedures are better-suited for different circumstances, meaning that a recommendation from someone with the right expertise and experience can make a world of difference when it comes to the results.