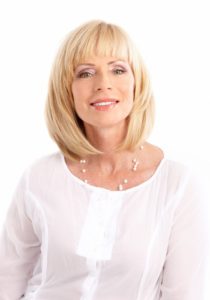 The human body is a marvel of engineering, designed to regulate and regenerate as necessary. But it is also a study in checks and balances; too much of a particular hormone can impair the body’s ability to function, as can too little. One of the most outstanding hormones our bodies produce is the Human Growth Hormone, also known as HGH.

What is HGH and What Does It Do?

HGH is a hormone produced by our pituitary gland and then released into the bloodstream. This hormone is vital for the growth and regeneration of cells within the human body. It works to sustain human tissue, including vital organs such as the heart and brain, as well as being necessary for increases in bone density and muscle mass. HGH is responsible for childhood growth, as well as regulating the body’s natural composition.

What Symptoms Are Present When Your Body Has Insufficient HGH Levels?

As we start to age, our bodies will naturally begin to produce less HGH. However, the human body still needs to maintain a careful balance of Human Growth Hormone if it is to function correctly. Insufficient levels of HGH can result in a range of symptoms, including:

What Can Cause HGH Deficiency?

HGH deficiency can be caused by damage to the pituitary gland, such as a tumor on the gland, surgery, radiation or insufficient blood flow. However, studies have also shown that between the ages of 20 and 60 the level of HGH your body naturally produces can drop by as much as 80%.

What Can You Do About HGH Deficiency?

Fortunately, if you suspect you have insufficient levels of HGH it is possible to find help. Metro MediSpa provides hormone screening tests to diagnose and treat HGH imbalance, ensuring that your body can achieve ultimate hormonal balance. Hormone therapy treatment can result in increased metabolism, better brain function, enhanced moods and improved lean muscle mass. So if you suspect you may be suffering from HGH imbalance, contact Metro MediSpa today so that they can help you restore balance to your body.