You are here: Home / Platelet-Rich Plasma (PRP) Therapy / How PRP Can Improve ED 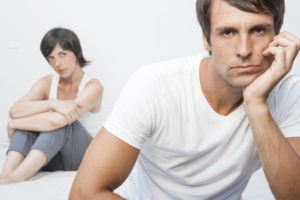 Erectile dysfunction (ED) is a condition that has affected many men over the years. Previously, there were no remedies that showed positive results in correcting the situation. However, the Priapus Shot (P-Shot) procedure, medical practice for penile rehabilitation, has shown great promise in being able to reduce ED in men. So far, about six to seven out of every ten men who have undergone PRP have had their erectile dysfunction resolved within weeks of going through the procedure.

PRP stimulates cell growth because the platelets within the plasma contain the growth factor IGF-1. To obtain PRP, medical practitioners first draw blood from the patient. They then put the sample through the centrifugation process where they eliminate red blood cells from the plasma. The resulting plasma, which is rich in platelets, can be used in the treatment of injured muscles, joints, ligaments and tendons in the body.

The reaction that a wound has after being treated with a PRP injection is the same one seen when the substance is introduced into the penile tissue. When injected, the Priapus shot improves penile dysfunctions such as Peyronie’s disease, lichen sclerosus, and erectile dysfunction which may have occurred naturally or after procedures such as prostate surgery. The success rate of PRP treatment depends on the patient’s condition. For ED, PRP works by stimulating the muscles within the penis to grow. This growth, in turn, increases the length and girth of a man’s erection, making it easier for him to not only get an erection but also maintain it during intercourse. As such, PRP works as a remedy for managing erectile dysfunction.