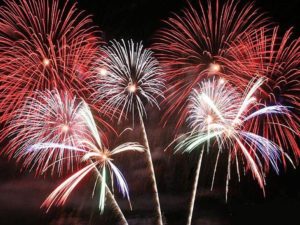 Because we can never get enough “fireworks” talk around the Fourth of July, here are some interesting fireworks facts to enjoy and share with your friends and family: