You are here: Home / Archives for DHEA 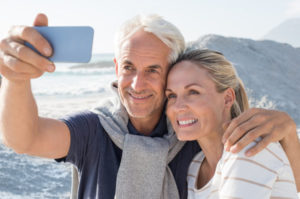 Hormones are essential to the human body. They regulate body functions, protect our bodies from harm, and even improve digestion. Hormones are so crucial that even the nervous system and our brain health is compromised when some of them are lacking, especially a critical neurosteroid called DHEA.

DHEA stands for Dehydroepiandrosterone, it is the prohormone of testosterone and estrogens, and together with the sulfated variation (DHEA-S), it is the most abundant steroid in the body. DHEA is derived from cholesterol molecules and produced in the ovaries, testes, adrenal glands and brain. This hormone is abundant during youth and has a peak around the mid-twenties, which is mainly the reason why it has been regarded as the “anti-aging hormone.”

After DHEA levels start to drop, there’s no feedback mechanism to bring it back up, and the body begins to feel the effects around age 70. Since this molecule is a precursor sex hormone, it contributes to the declining hormonal profile from menopause and andropause, which is something that not only affects the body but the mind as well.
Sex hormones and DHEA as its precursor have a protective effect on the brain and the nervous system. They counter the deleterious effects of cortisol, which is called the “stress hormone,” and causes damage to the brain tissue, especially when we are older. As we age, the DHEA levels start to drop, and the cortisol levels stay the same. For this reason, we begin to experience an imbalance between harming cortisol levels and protective DHEA effects. Not having enough DHEA to make up for the peaks in blood cortisol causes damage to the hippocampus and may trigger neurodegenerative diseases.

Recent studies have found that, instead of being an inactive prohormone, DHEA has receptors in the nerve tissue. When binding to these receptors, they regulate the synaptic transmission by changing the way neurotransmitters behave. That’s why we commonly experience symptoms such as fatigue, foggy thinking, and decreased libido when there are low circulating androgens and DHEA in the organism.

DHEA is usually prescribed when androgen levels and blood DHEA-S are low. It is a type of replacement therapy that improves brain health and prevents some of the concerning signs and symptoms commonly related to aging. However, DHEA supplementation should be prescribed by a professional, and it is essential to monitor sex hormones during the first stage of the treatment.